What works by other artists are on my mind as I make wilderplace?

This 1972 painting by Elmer Bischoff, Figure with Tree: 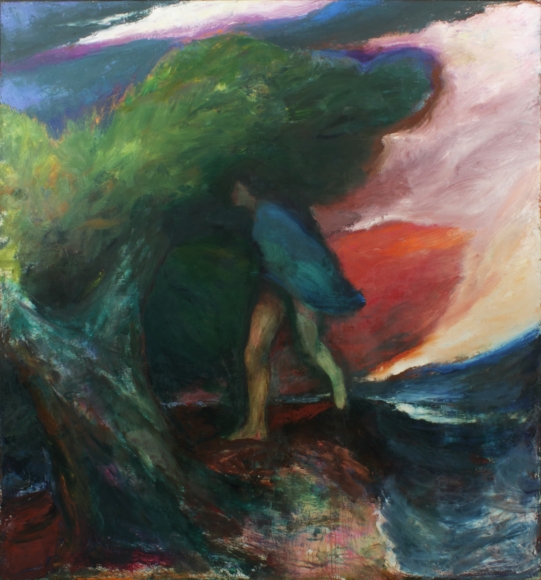 It’s the last figurative painting Bischoff made before fully embracing abstraction. When asked how he felt about it, he replied, with dissatisfaction, “It needs to transform itself”.

This foot stomp from Princess Mononoke:

I always cheer for the eco-terrorists but they never win.

The Southern Reach novels and Annihilation the movie:

The environment is the most interesting character. There’s a consistent but alien logic to the world. Everything makes sense and doesn’t make sense at the same time.

These Journey to the West picture books from my childhood: 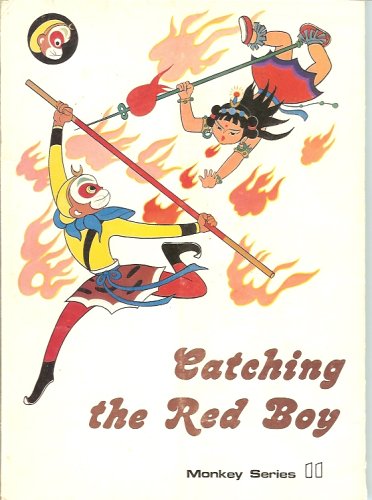 Every hill, valley, and river in the books has it’s own demon, complete with detailed backstory and motivation. I don’t know where to find these books now. They were published by Foreign Language Press in the late 80’s and none of the artist’s names lead to anything on Google (Guan Gige and Gao Zhenmei).

NES era JRPG sprites, like this one from Final Fantasy 1, mostly by Kazuko Shibuya:

Every creature has a distinct silhouette, and the palettes are either 3 or 4 color. An example of how constraints in design tend to lead to elegance.

Comics and drawings by Aidan Koch: 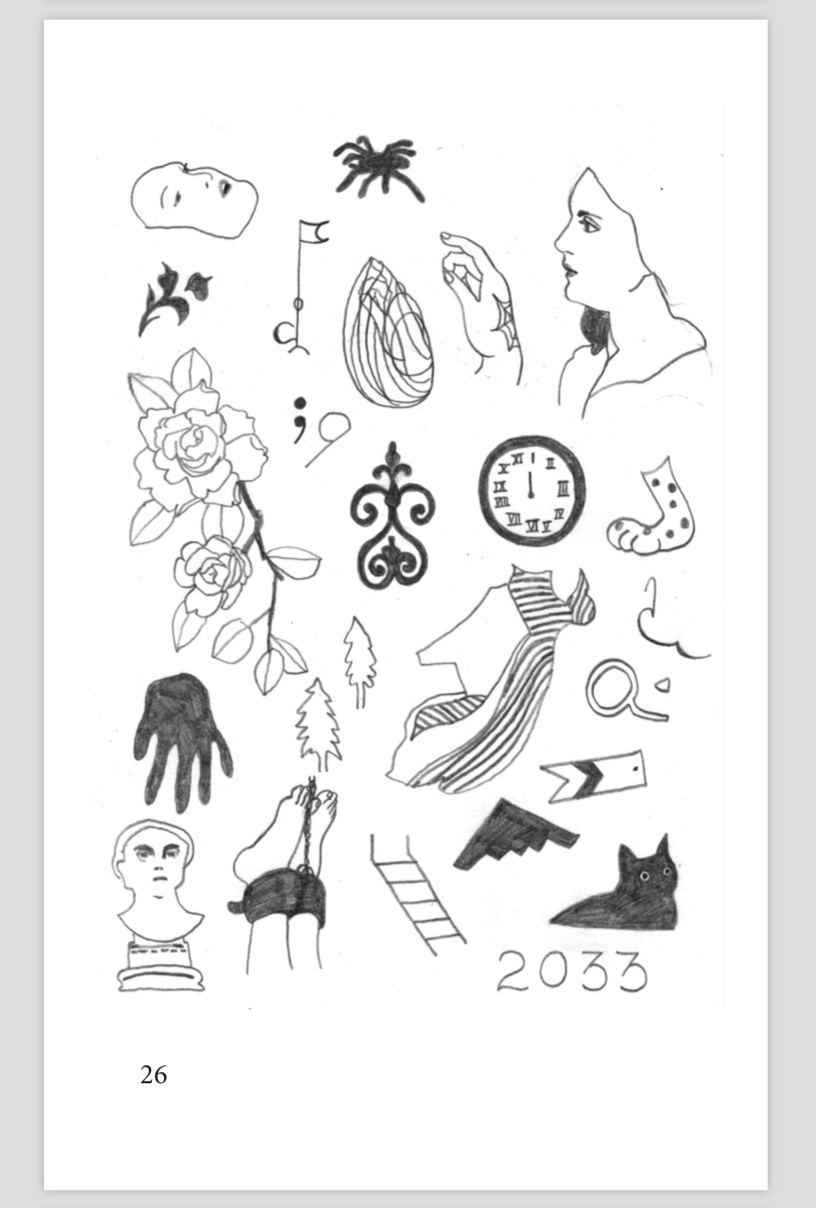 When I was an art student, I put down my pens and paint brushes and fell in love with pencil because of Aidan and a few other comic artists.

This diagram of the pacific trash vortex by Jacob Magraw-Mickelson: 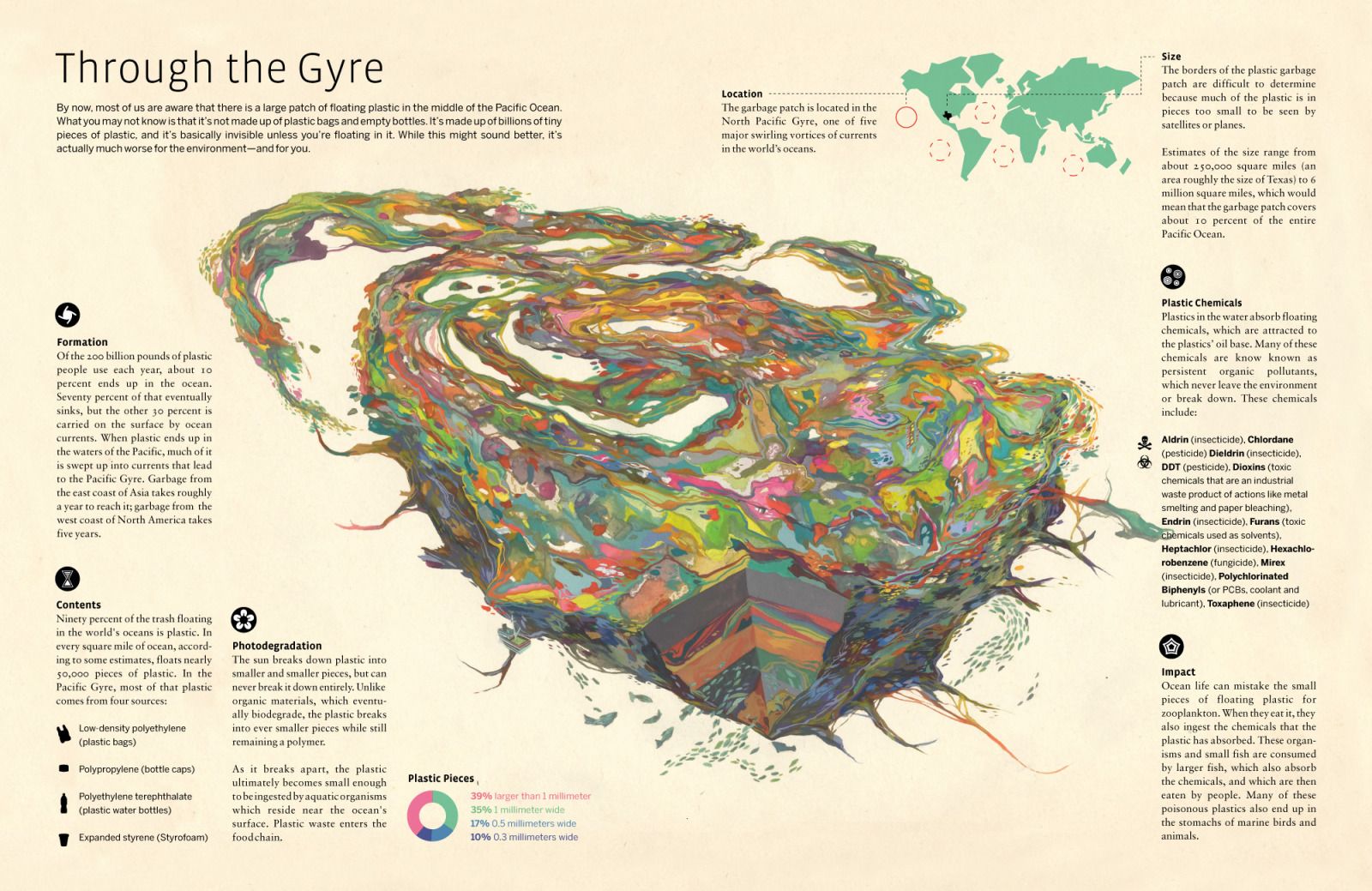 On one hand, yes, the ocean’s ecosystem is collapsing and it is deeply disturbing. On the other hand, I like the idea that life will adapt to plastic. The plastic-based life-forms will thrive for thousands of years until the planet runs out of plastic.

Did you know that Chernobyl is one of the biggest nature reserves, and has some of the most biodiversity in all of Europe? Hm, turns out the mere presence of humans has a worse impact on ecosystems than a nuclear meltdown.

I should also mention a few videogames:

The game is moving along. I added a new mechanic today. You can now pick up axes and chop down trees:

When you do this, the spirit occupying the tree is transferred to the player. It’s a nice little risk/reward move. You can clear a path but there are consequences. Haven’t incorporated it into any real levels yet.

I also spent some time thinking about the role of the Deity in the game. Originally conceived as the vessel for tutorial content, I’m excited about how the character is evolving: 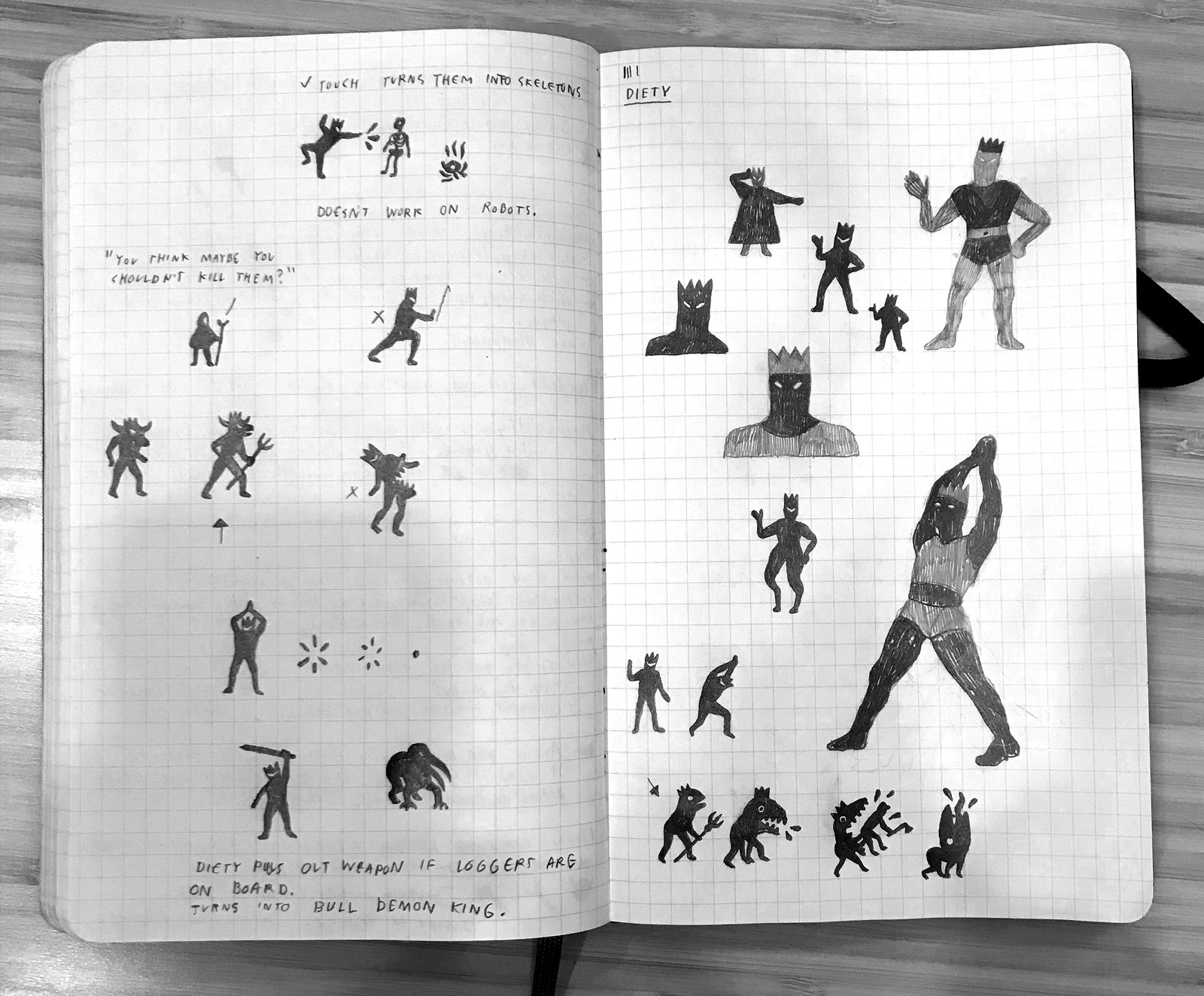 He’ll have agency of his own. You, as the player, may or not not approve of what he does but in terms of gameplay mechanics, you’ll benefit from his actions.