Below is a sampling of features that have been cut from Wilderplace.

What started as a small experiment turned into a month long quest to implement 3D elevation with old fashioned web tech. I did it. I had to use trigonometry, and as a math newbie I was proud. Even my pathfinding took elevation into account by the end. Then I cut the whole thing. It worked, but it didn’t make the game better. 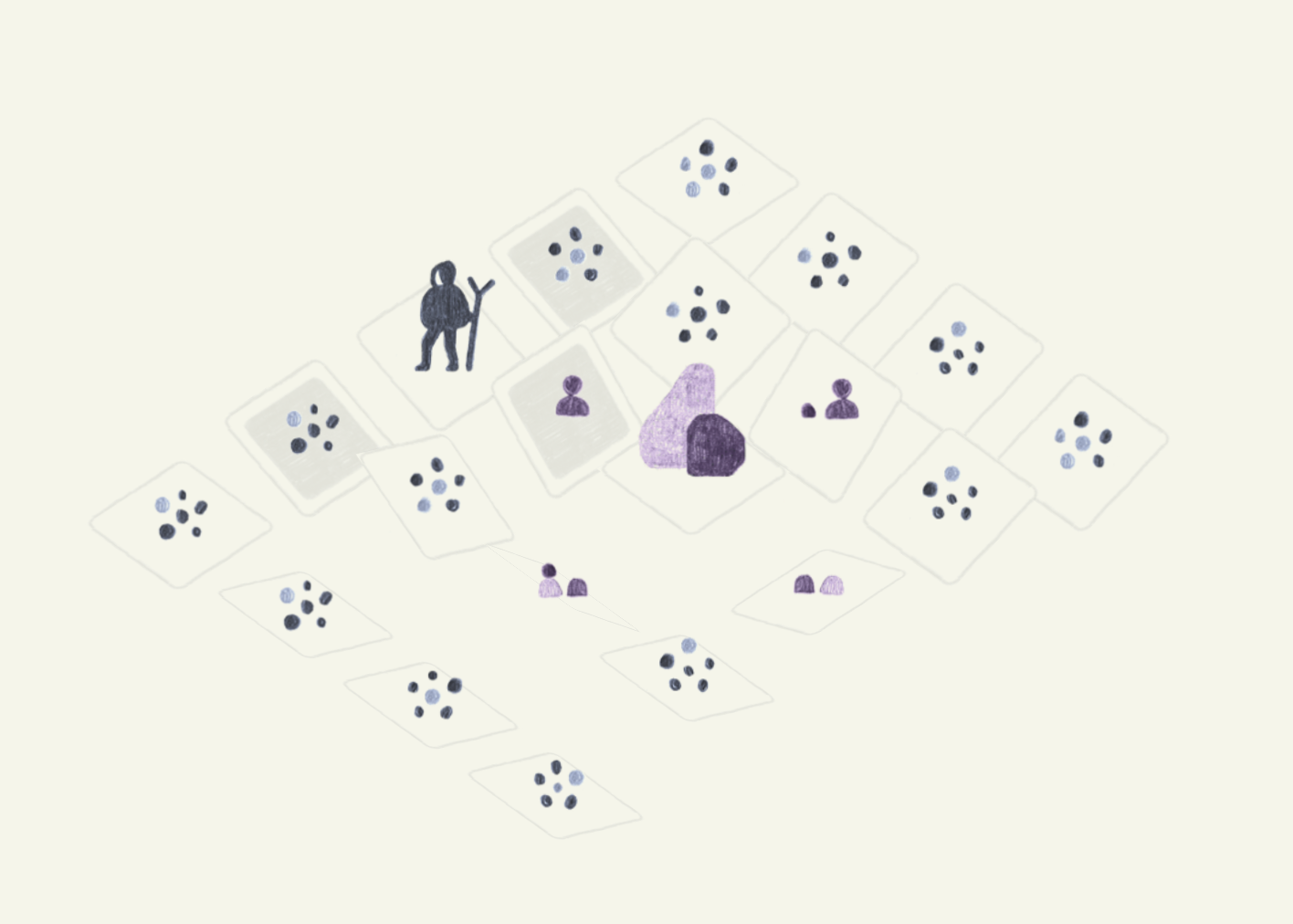 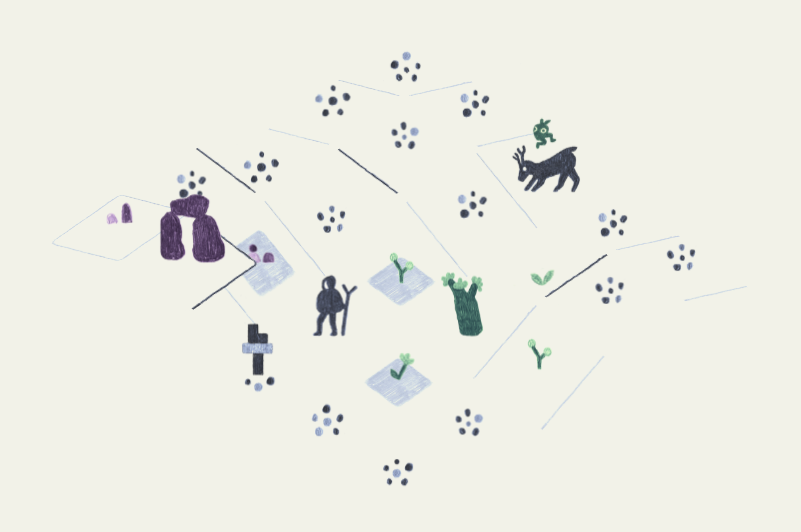 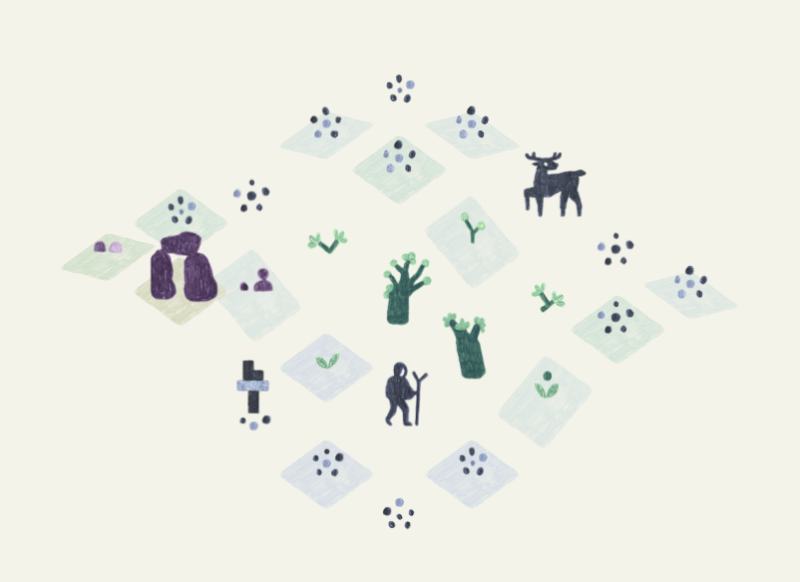 I created a polished inspection UI. Inspection boxes appeared in just the right places, with nice fade in and out transitions. After finishing, I realized that some things are best left unsaid. I’d rather players come up with their own understanding of the game’s entities through experimentation, so I cut the whole thing.

This was cool, but it got cut

I designed my way out of using any buttons in Wilderplace. All actions can now be performed by swiping. Teaching players to swipe sometimes and tap other times was tough. I redesigned the buttons a handful of times, but players never wanted to tap on them.

You used to be able to enter the spirit world and pass freely through obstacles after three seconds of long-pressing (or click-holding). I liked this interaction. It felt like charging up. In practice, the long press was tedious for players and over-powered in puzzles. I redesigned the trance to act like all the other spells rather than being a special case. To do this, I had to create a new enchantment type (ruins) but the result is a tighter, more consistent design.

I wrote about the minimap in a devlog a while back. It was tricky to implement! Then I cut it a few months later. In play testing, people really wanted to drag on the negative space around the board to move the board, and nobody realized the minimap was interactive. I implemented a version where drags inside the board moved the player, and drags in negative space moved the board. Then I had a new problem: wasn’t clear to players why the same swipe gesture did two different things. Finally, I settled on a design where right click (or two-finger swipe) drags the map and left click takes actions. 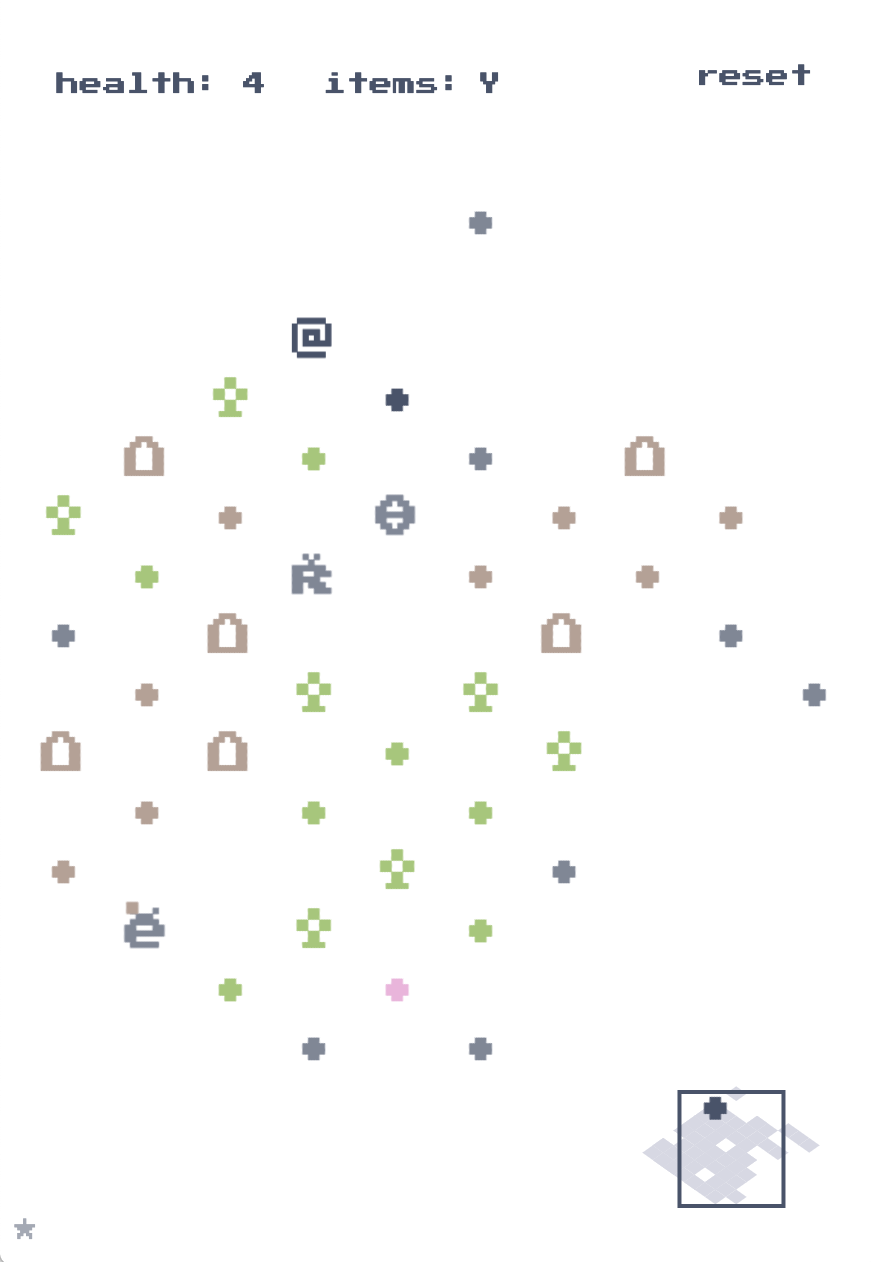 A reflection on dead ends and detours

There are plenty more dead ends that aren’t covered here. I have two sketchbooks full of scrapped ideas.

Dead ends are great as long as I’m learning something. Some are opportunities to improve as a designer/developer, and some teach me about what I’m really trying to make. If I don’t have a playful mindset and let myself explore, the game will turn out worse and I’ll enjoy the process less.

One thing I’ll say, from looking at the work enumerated in this post: I’d be much better off if I didn’t spend so much time polishing things that end up getting removed. How do I get better at identifying things that aren’t working earlier, and saving my energy for the stuff that I know works?